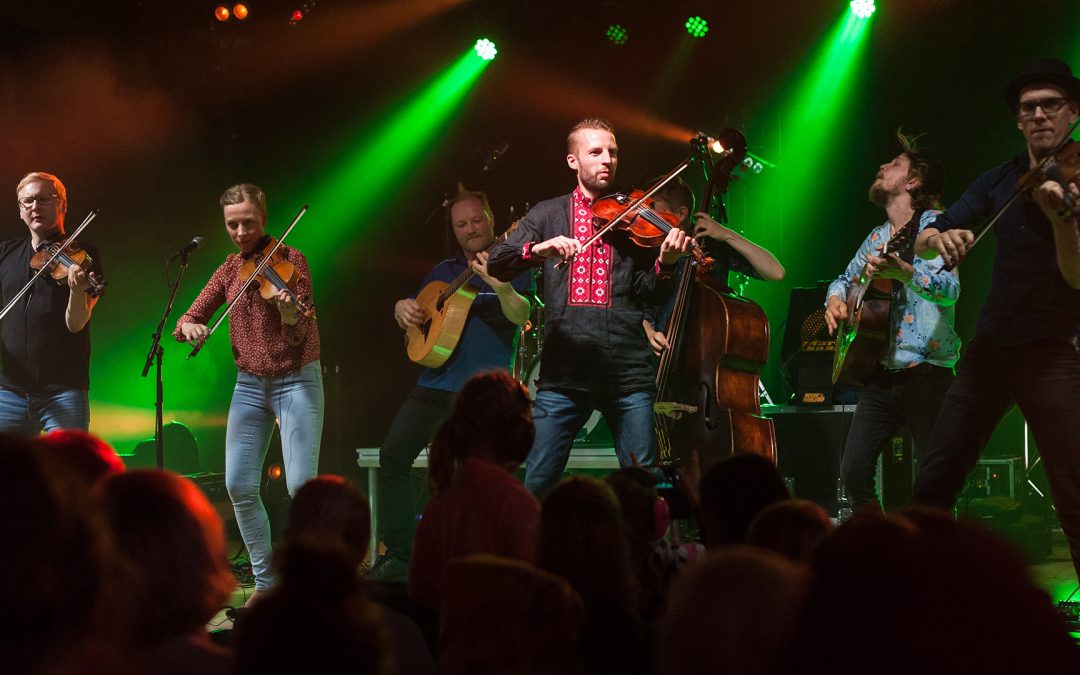 The history of the Kaustinen Folk Music Festival has continued unbroken. The largest folk music festival in the Nordic countries will be held for the 54th time in the second week of July. The world’s most famous Sámi artist, Norwegian Mari Boine, will be seen in Kaustinen’s main arena on Friday 16 July. She has combined jazz, pop and rock with Sámi music since the 1980s. The angry young woman has grown into an international star. After recording in Sámi language for many years, she has recently released new material in English.

Kaustinen’s long-time favorite band Frigg has been known around the world not only as a unifier of folk music styles but also for their energy on stage. For 20 years running they have made the audience go wild. This year, on Friday, the band takes the stage in their original Norwegian-Finnish line-up in celebration of their anniversary.

The happy Estonian MandoTrio and the young Swedish Spöket i Köket are also widely known for their strong energy on stage. The Helsinki-Cotonou Ensemble visited Kaustinen in 2013, when those who saw the gig will definitely remember the groove of the Finnish-Beninian band. Special warmth and strength is also promised for those catching Piirainen Blom Company in concert.

– Music combines movement, dance and energy in all these bands so strongly that the familiar slogan Feel the music is really true this year, says programme director Anne-Mari Hakamäki.

– There’s also a lot of feeling involved in the organising and building of the festival. There’s plenty of enthusiasm for working, perhaps more than ever, both with the organizers and the performers. Our shared values have been strengthened as we have seen how much we need the festival week and the time spent together during it, in order to cope for the rest of the year.

For many years, Kaustinen’s own house band has been known to invite prominent Finnish musicians to perform with them. This year, the invitation was accepted by Mariska. Other Finnish favorites include Behm and Samuli Putro. Rehupiikles on the other hand is sure to deliver familiar groove and guaranteed enjoyment.

This summer, Kaustinen plays, sings and dances in particular to the beat of polska. The theme of the festival this year is “Polska”, which is danced in a circle, chain or in pairs. It is one of the oldest forms of folk dance in the Nordic countries.

In the series of regional themes, it is Kymenlaakso’s turn. There will be a lot of different concerts and workshops on the music from this region in the southeast of Finland.

The third theme this year is the “Treading Northern Trails” named by the The Folk Music and Folk Dance Promotion Center. The theme will be reflected in the festival not only in the number of Nordic performers but also in the main seminar, where visions are created toward a stronger Nordic co-operation.

Apply to be a festival folk musician now!

During the spring, new programme highlights are released as preparations for the festival come together. The deadline for festival folk musician applications is at the end of March.