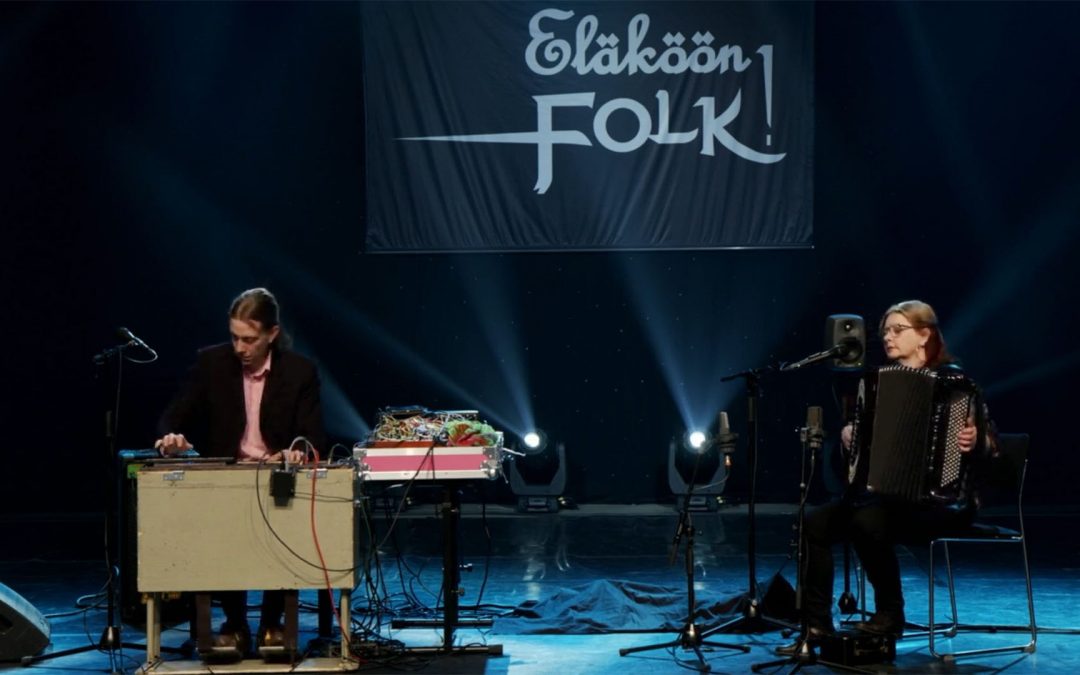 The election was announced at the Eläköön Folk! gala in Tampere on Saturday 20 February.
(Photo: screenshot)

Duo Maria Kalaniemi & Eero Grundström have been chosen as Kaustinen’s Band of the Year. Both musicians are important pioneers in the development of their own instruments and role models in folk music. Furthermore, their long-term cooperation is fruitful and it keeps developing from year to year.

– The accordion and the harmonium are actually just the instruments through which music comes out – the music itself springs from the person. You will never feel like they are showing off, but even complex patterns are a natural part of their expression, Hakamäki describes.

Hakamäki considers the duo’s way of making music an exemplary activity. Together, they are a story of strong growth: an accordion artist and a harmonium wizard with strongly recognizable tones and shades in their music and an attitude of genuine folk music.

The Band of the Year at the Kaustinen Folk Music Festival is chosen by the festival’s 14-member programme committee. The election was announced at the Eläköön Folk! gala in Tampere on Saturday 20 February.

At the same time, Kaustinen also announced this year’s showcase bands. They are Bergå Folk Project and Zäpämmät from Finland and Westward the Light from Scotland.