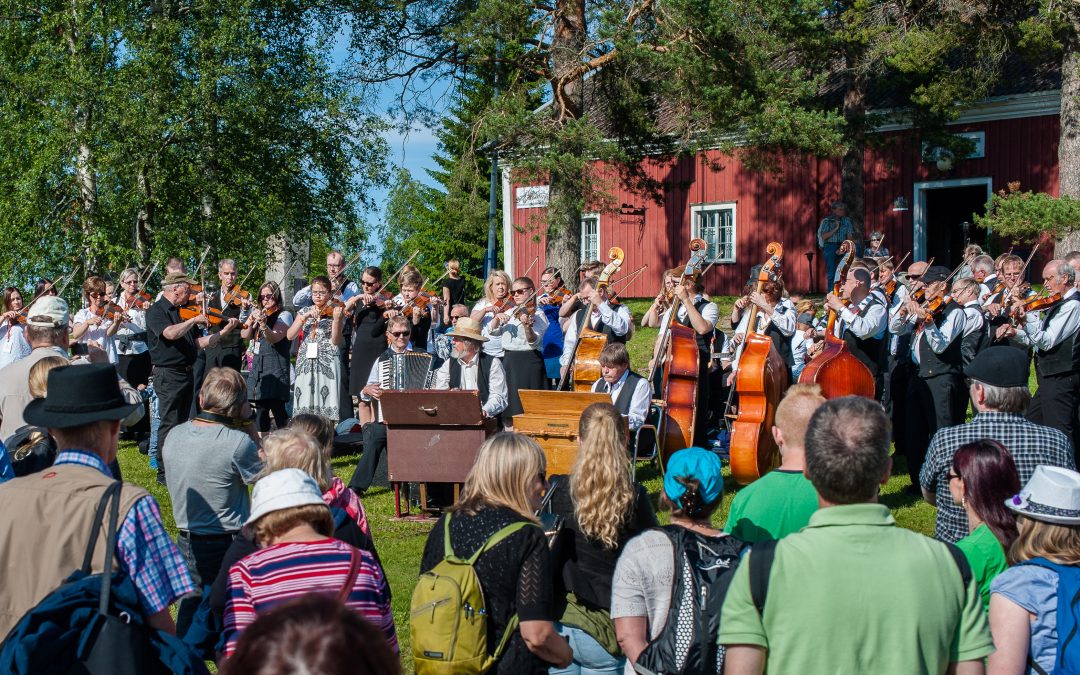 Musicians from Kaustinen give a warm, Kaustinen-style welcome to the Kaustinen Folk Music Festival!

In 2016, Kaustinen Fiddle Playing was included in the National Inventory of Living Heritage, from which it was nominated as Finland’s entry to UNESCO’s list in 2018. A working group, formed by five musical communities from Kaustinen, worked with the Finnish Heritage Agency for approximately two years in an application project that inspired extensive participation. Also Pro Kaustinen Association, organising Kaustinen Folk Music Festival, participated the working group.

With a population of around 4,300, Kaustinen is believed to have hundreds of people of all ages who carry out the tradition. One important factor as to why this tradition has been so successfully passed on from generation to generation is the internationally acclaimed method of näppäri pedagogics. Roughly 70 children and young people in the region take part in näppäri. In addition to that, the dance and music groups of Kaustinen Youth Association have close to 200 local children and young people.

The Kaustinen Folk Music Festival was established at 1968 with Kaustinen tradition as its core. The festival was established as an international event right from the beginning, and it instantaneously became the get-together of the whole Finnish folk music community, with over 4000 performers yearly. At the heart of the event is still Kaustinen region’s music that can be heard at dozens of festival performances both in its traditional and modern forms.

Link to the Media Page of the Finnish Heritage Agency https://www.museovirasto.fi/fi/medialle/unesco