Kaustinen celebrates with Värttinä and Mari Boine, at long last 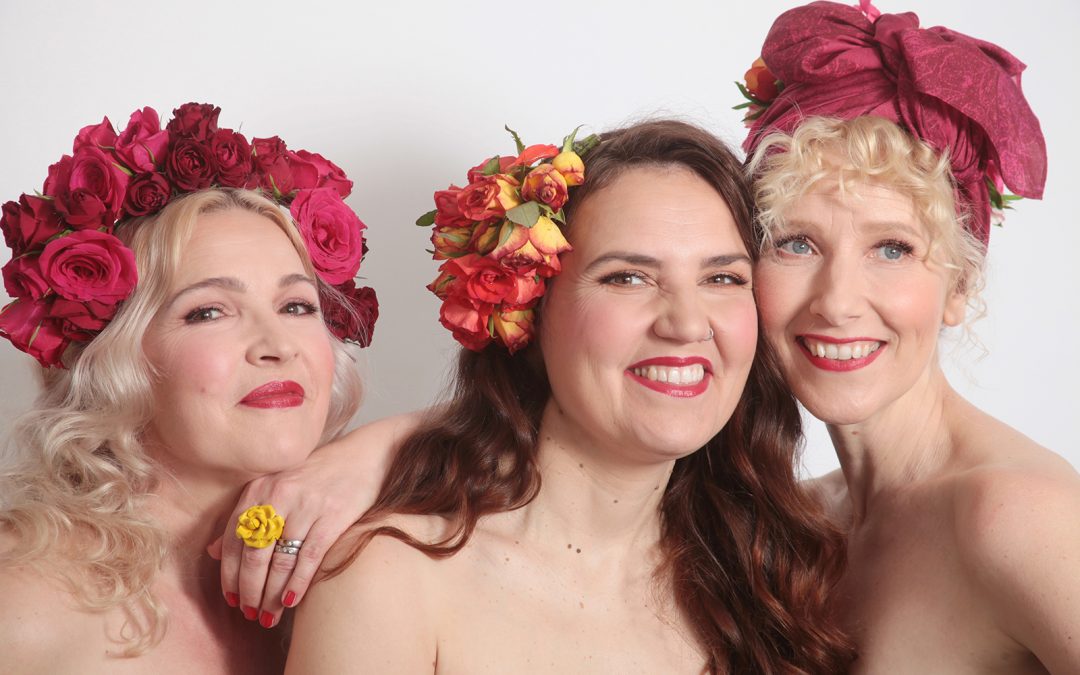 Kaustinen Folk Music Festival comes together again to celebrate positive effects of culture and communality on 11–17. July. The much-anticipated concert of the world's most famous Sámi artist Mari Boine will be seen in the main arena on Friday. The concert was rescheduled from last year. The festival week culminates in Värttinä’s concert on Saturday as a part of Värttinä's anniversary tour.
Värttinä needs no introduction in Kaustinen. They were voted Band of the Year in 1987, just four years before their big breakthrough album Oi Dai. The album was released 30 years ago this year, and with this year’s tour, Värttinä is celebrating three decades of making Finland known all over the world.
In the meanwhile, Norwegian Mari Boine has been busy combining jazz, pop and rock with Sámi music. The passionate young woman of the 1980s has grown into an international star. She also makes a lot of music in English after years of sticking with the Sámi language.
- We are looking forward to a memorable festival. After more than two years of restrictions, thousands of folk musicians get together once more. The festival is 55 years old, and to top it all off, Unesco has just adopted the Kaustinen fiddle playing tradition on the list of intangible cultural heritage, programme director Anne-Mari Hakamäki rejoices on behalf of all Finnish folk music.

International Kaustinen
In addition to a strong Finnish programme, an extensive coverage of European folk music will be seen during the festival week. Dawda Jobarteh, a musician from the Gambia, lives with his family in Denmark. In addition to the influences of these two countries, his music brings a breath of warm, sunny world. In Kaustinen, he will be seen with his instrument kora early in the week.
The Scottish Talisk is one of the most popular folk bands in the whole of Britain, and during the spring they will also be touring America. After a long time, Kaustinen will also welcome a performer from Iceland, when the duo Bára Grímsdóttir & Chris Foster will perform traditional folk music from the land of the sagas.
The Helsinki-Cotonou Ensemble represents a Finnish-Beninian party spirit. Tove de Fries arrives from Denmark as a guest of Tallari, Catriona McDonald (UK) performs with Timo Alakotila and Spöket i Köket is a long-awaited performer from Sweden.

Ellinoora and Kaustinen
Every summer, Finnish front-line artists are also seen on the stages of the Kaustinen Folk Music Festival, and their connection to folk music opens up to the public in a fascinating way. This year we will see and hear how Kaustinen has influenced Ellinoora’s music. Her concert will be on the main stage on Wednesday.
Vilma Jää is a composer, singer and violinist in the fields of folk music, pop and opera. She specializes in old Finno-Ugric singing techniques that have been praised around the world for her role in Kaija Saariaho's new opera. She will perform at the festival on two days at the end of the week.
The Ostrobothnian Chamber Orchestra celebrates its 50th anniversary by performing the music of Wiljami Niittykoski. This year's Cavalcade concert will feature the Morsiustaivas Opera on two festival days in the Kaustinen Hall, and the Night Quadrille will take place under the direction of Petri Kauppinen and music by JPP on Friday night.
The new Master Folk Musicians will be announced in the traditional way on Monday, the opening day of the festival. The Kaustinen fiddle playing tradition can be seen every day of the festival week in many different forms with the help of hundreds of musicians, dancers and singers.

The festival’s themes are united by communal spirit
The festival theme this year is ALL TOGETHER!. Programme director Anne-Mari Hakamäki says the theme is a praise of the communal spirit and togetherness. It reflects the spirit of the festival, the touch of which is recognized by many from year to year.
- Now more than ever we’re in need of every bit of well-being from culture in all shapes and forms. It’s easy to come to Kaustinen and many will come by themselves, because they find it easy to join in and to be a part of the festival, Anne-Mari Hakamäki describes.
- During the festival week, it is possible to break away from your everyday life and experience the feeling of communal spirit, even if you don't even practice folk music or folk dance. Not only do we play music, but we also live in the music, as people of all kinds meet in the light of a Nordic summer’s night.
In the series of provincial themes, the region of Karelia presents itself, South and North Karelia together and separately. In addition to Värttinä at the end of the week, the Karelian repertoire will include Loimolan Voima and Motora. There will also be workshops on Karelian music and dance.
One of the themes at the festival is the minuet, which is a general theme for folk music and folk dance in 2022.

The Konsta Jylhä Competition is back
The prestigious Konsta Jylhä Competition returns to the festival programme on 11–12th July after a two-year hiatus. In the competition organized by Folk Musician’s House and the Folk Music Institute, 6,000 euros will be awarded.
This time the competition is open to a duo whose both musicians live in Finland. At least one of the duo’s instruments must be a violin. The repertoire should be based on the old-fashioned style and melodies of a prestigious violinist.
The jury will pre-qualify based on a sample recording. The Folk Music Institute accepts entries in the form of recordings. The jury will select a maximum of ten duos for the semi-finals of the first day of the competition and six duos for the final on the second day.

Open for Applications
Performing guest registration is open until the end of January. A second round will be opened during the spring, if necessary. Application process for festival employees and volunteers is open until May 15th. Applications for both can be submitted at our website Kaustinen.net.
The history of the Kaustinen Folk Music Festival has continued unbroken. The largest folk music festival in the Nordic countries will be held for the 55th time in the second week of July. In 2020 and 2021, the festival was organised in a virtual mode and with a limited audience.