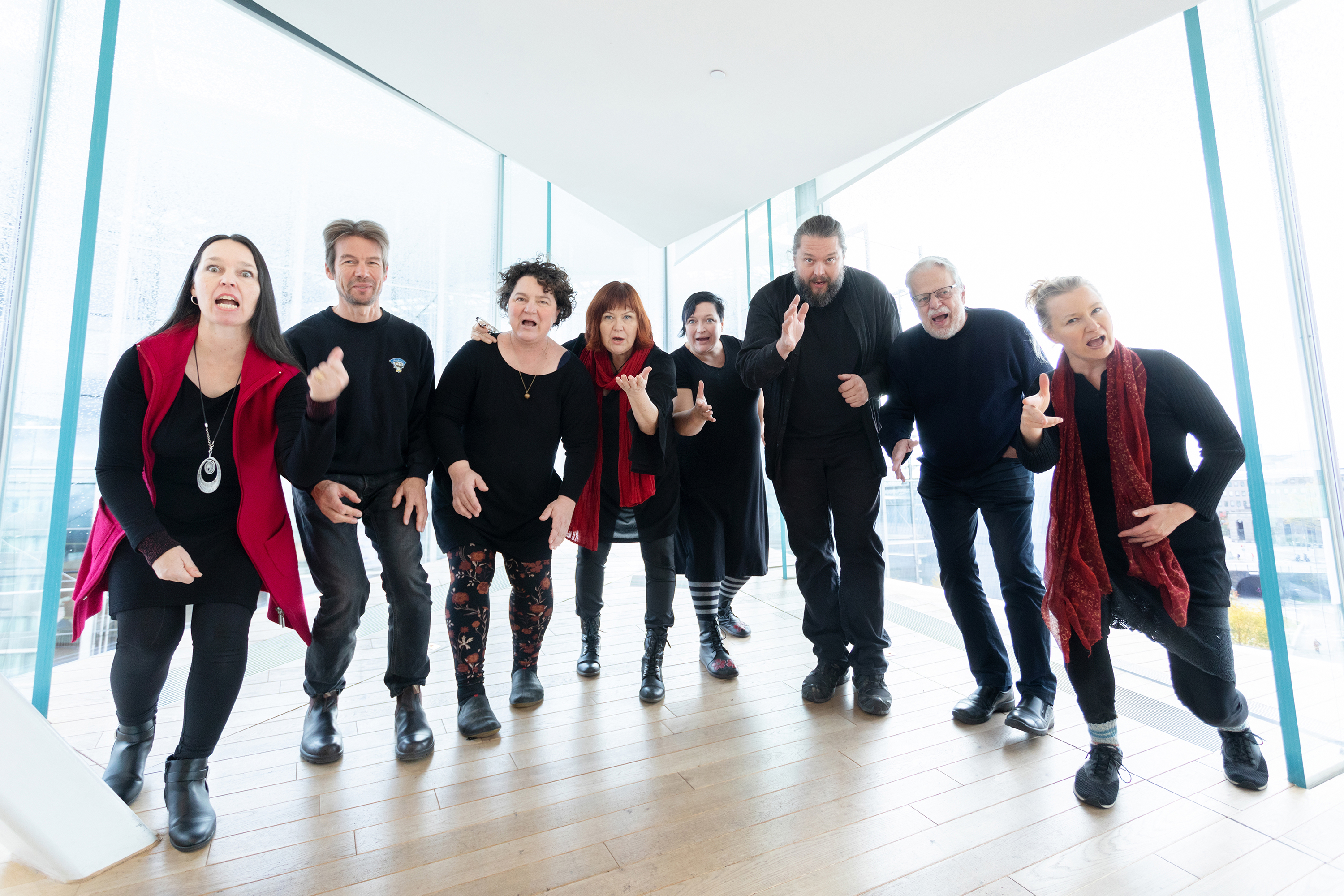 Kaustinen Folk Music Festival's Band of the Year is Ääniteatteri Iki-Turso, a sound theatre group who work with the Finnish oral poetry tradition of runosong. The Band of the Year selection was announced at the Folklandia cruise on the Baltic Sea on Friday. Kaustinen Folk Music Festival is the largest folk music festival in the Nordic countries, and it will take place for the 56th time from 10th to 16th July in Kaustinen, Finland.

Iki-Turso represents influences from both the East and the West. The group specializes in experimental sound theater and the archaic tradition of runosong. It was assembled by folk music researcher Heikki Laitinen in 1999.

- This band selection highlights the roots of folk music, the ancient but living song culture. This professional and highly versatile group presents the tradition of runosong over two days during the festival, programme director Anne-Mari Hakamäki says.

The group includes eight members with PhDs and Master’s in Music. On Thursday, they will organize information sessions, workshops, concerts and children's programme. On Friday, it's time for a big sing-along concert at Keskipohjanmaa Arena, where the audience can bring their own Kalevala.

Scandinavian Music Group, Samuli Putro and Hopeinen kuu will also appear on the arena toward the end of the week featuring Mikael Konttinen and Henrik Perelló (violin) as soloists and the HT Combo orchestra. Late-night programme at the arena includes major dance events for the audience such as Night of Minuets, Iltavilli and the legendary Night Quadrille led by Petri Kauppinen and accompanied by JPP.

Many bands traditionally celebrate their major anniversaries during the Kaustinen festival week. This year, the 30-year-old Bill Hota celebrates theirs with the help of several guest performers, and the 20-year-old Hyperborea, who have been on hiatus for a long time, plans to make a grand comeback. J-P Piirainen represents the union of tradition and new music with his instrument that combines guitar and kantele. Singer and songwriter Aili Järvelä, who combined Kaustinen-style violin-playing with pop jazz, performs new music to her home audience.

This year Kaustinen celebrates the 100th anniversary of Regional Councilor Viljo S. Määttälä's birth. To honor the occasion, a future-looking celebration seminar will be organized together with the Central Ostrobothnia Cultural Fund. Määttälä was a key figure at the festival for decades and he also significantly influenced the birth and development of the Kaustinen Folk Music Festival.

Tradition as Enabler of Peace

Pro Kaustinen ry, the organizer of the Kaustinen Folk Music Festival, has chosen peace as the theme of the festival. The theme appears in the programme of the festival week every day. Programme Director Anne-Mari Hakamäki emphasizes that practicing traditions that respect others and oneself, such as playing, dancing or singing, offers a starting point for peaceful coexistence at the level of individuals, communities and nations.

- Tradition brings comfort and helps us see the continuum: certain things persist throughout changing times and will continue to provide a sense of stability. If there is no hope for the future and a good future at that, even the idea of peace becomes distant, Anne-Mari Hakamäki ponders.

The seminar on Saturday discusses the role of intangible cultural heritage in the prevention and aftercare of war and major crises. The seminar will discuss the experiences and views of non-governmental organizations in Ukraine and Colombia, which, like Kaustinen, fall under the scope of UNESCO's intangible cultural heritage agreement. In addition, the Colombian dance artist Diana Teresa Gutiérrez organizes workshops from the point of view of peace work throughout the week.

The provincial theme of the year of the festival is Central Finland. This year, the theme of the Center for the Promotion of Folk Music and Folk Dance is Treasures of the Dive into the archives.

It’s All About Scotland

Already last year, Kaustinen got a feel for Scottish folk music. This summer's Elephant Sessions are the top names in Scottish folk music. The Breabach band highlights the status of the minority language Gaelic. According to Programme Director Hakamäki, the festival has a strong connection with the Celtic music tradition.

- The Scottish spirit and mentality is a great match for the Nordic countries and especially for Finland. They have the same fiddler spirit, the same way of being and making music. What’s more, the public really liked last summer's Scottish bands, Anne-Mari Hakamäki describes. 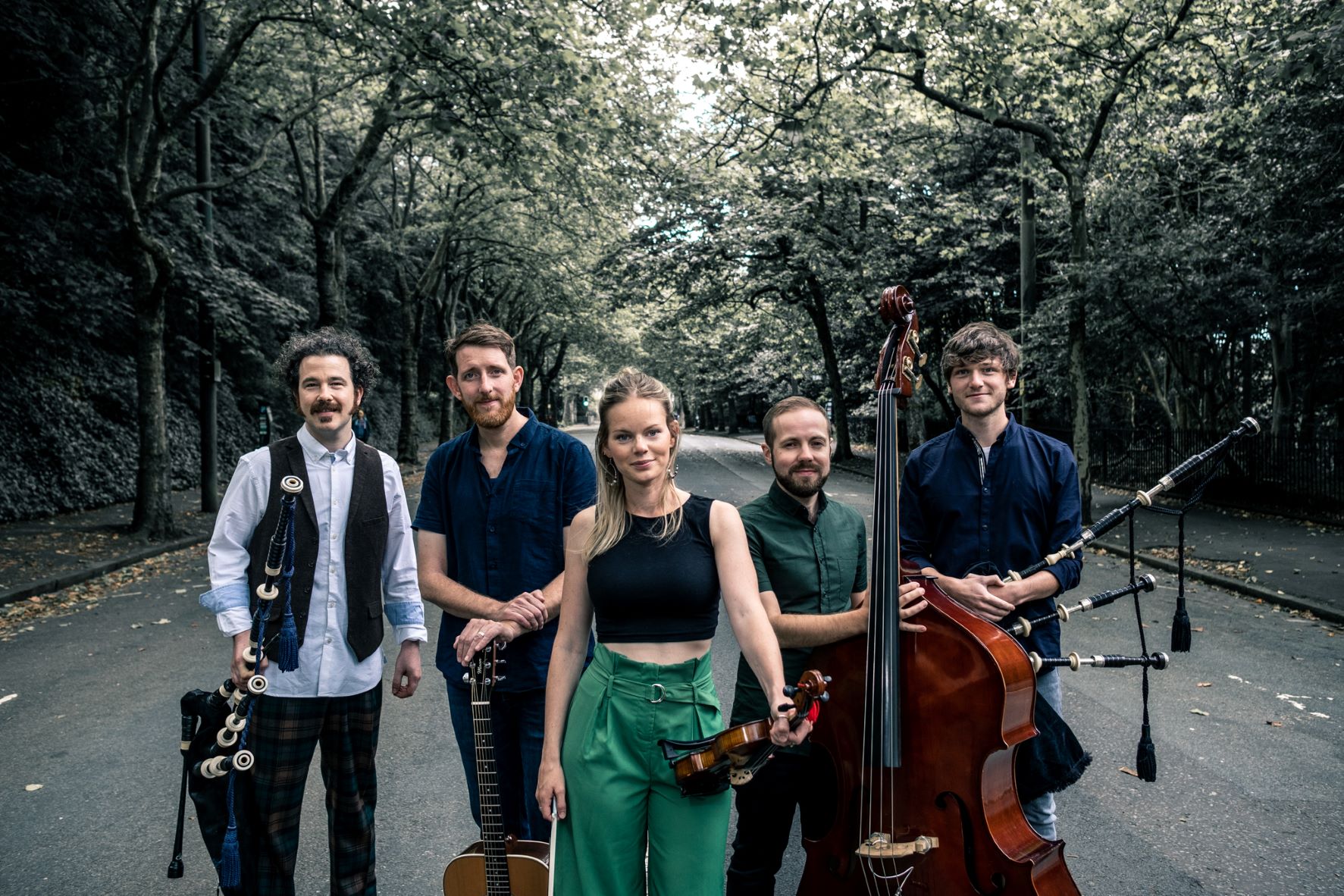 Folk Music Band Tallari partners up with Tionól from Ireland. The bands' collaboration started in Norway last November, and before joining forces at Kaustinen, the bands will perform together in Ireland as well. Gangar from Norway plays energetic folk-rock and will also arrive at the festival.

Kaustinen Folk Music Festival has brought emerging and aspiring international folk music names to the fore for ten years with its Showcase concept. The application process is currently open until the end of January. Music Finland gives selected bands coaching in marketing, networking with foreign delegates, and creating international contacts. Yle Radio 1 records the concerts of the Showcase bands.

This year, the Konsta Jylhä Competition, organized by the Folk Musician’s House and the Folk Music Institute, is aimed at small ensembles of 2-4 musicians living in Finland. You can participate in the competition with a sample recording until April 30th. The jury will prequalify based on the samples in May. The jury selects a maximum of ten bands for the semifinals of the first day of the competition and six bands for the finals of the second day. 6,000 euros will be awarded as prizes.

The registration of performing guests is also ongoing until the end of January. In addition, the application for festival employees and volunteers is open until May 15.

The 56th Kaustinen Folk Music Festival will take place in 2023 from Monday to Sunday, 10-16th July.